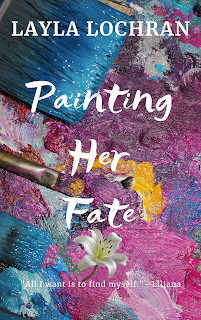 About the book:
Liliana Hayes grew up in the heart of the London cityscape, surrounded by art galleries and music festivals, all thanks to her quirky grandmother who raised her while her mother lived at the office. Lily often wondered of her father’s whereabouts, feeling he was the only person she needed in her time of crisis. Circumstances arise, bringing the two of them together to form an instinctive bond. She finds her voice within her artwork, her name becoming well-known across Europe.Years later amidst her hectic life, she finds out her father is in a tragic accident, making her think the worst. She clears her schedule and travels over three thousand miles to her second home, a small city in Western New York to be by his side. Time now in abundance, she searches to find her purpose. In order to, she must dredge up her painful past, and finds out that a stranger could be the one to help her.Home from his second deployment from Afghanistan, Alexander Gorski felt misplaced, even amidst the generosity and support of his small community. Zander’s thoughts often went to the brothers he’d lost, who would be here if he protected them. Broken and battered, he struggles in finding that normalcy in his life again, knowing he’s a far cry from who he had been.Discovering an establishment is for sale by the harbor, he takes a gamble in placing his life savings into the new project. He quickly realizes there isn’t enough time or money to do what he had planned, but he is determined not to fail. Two years later, business is booming from the improvements in the area. Gearing up for a busy summer season, he has enough drama going on and doesn’t want any more. His path crosses with a fierce beauty with an English accent, and he knows he’s in trouble the moment his eyes lock with hers.

LINKS FOR PURCHASE:
AMAZON US
AMAZON UK
AMAZON DE
AMAZON IN
AMAZON FR
AMAZON IT
PAPERBACK
About the author: 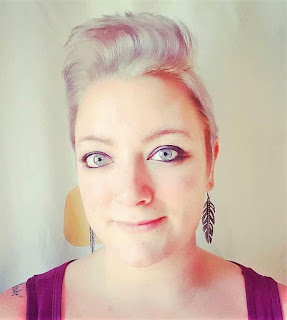 Layla Lochran grew up in a tiny ski town in Western New York, always with a variety of books in her hand. Contemporary, Historical, and Paranormal romances struck her fancy, expanding her imagination and dreams in someday becoming an author herself. Rock concerts, graphic design, photography, and brightly colored hair are just a few of her hobbies, she also loves having fun with special FX makeup, props, and costumes; her son loves getting in on the fun too. Other than reading and writing, she enjoys nature, many different types of wine and local vineyards, and spending time with her family. Someday she will travel the world. Life is short; live every day to the fullest, love exponentially, and give it your all.

Hello sweeties! So great to be back!  This past year I have been quite busy not only in my daytime school job, but I've also taken tim... 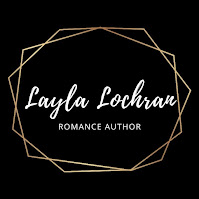